In Edmonton, we are fortunate to have a diversity of culinary events to attend. While it sometimes seems like there are new tastings or markets popping up every weekend, other events can claim a long history, and have endured the whims of an ever-changing food community. The FEASTival of Fine Chefs, put on by the Alberta Food Processors Association, is one such example, celebrating its thirtieth year in 2018. Mack and I were fortunate to attend the event as guests last week alongside our friends Linda and Sharman. 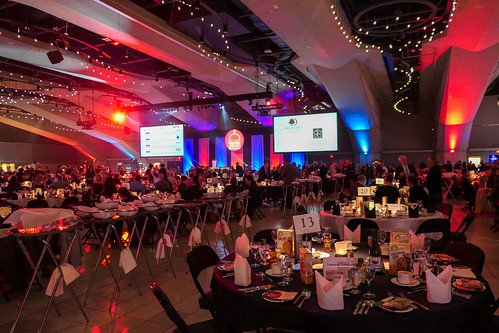 A showcase for Alberta products and a fundraiser for apprentice chefs, FEASTival pioneered the idea of the “black box” challenge. 24 hours before the event, participating chefs receive a hamper containing a variety of locally sourced produce, grains, pulses, and proteins which they have to transform into 4 different courses. Diners are given four vouchers that correspond with each course and a restaurant station number. The distinct aspect of this event, however, is that the station numbers change after each course, so guests end up with dishes from four different places. Linda captured her experience of this really well, but I will say this Russian roulette-style dinner was unique. It’s ideal for those with adventurous palates, and created a easy going atmosphere in the Shaw Conference Centre hall. 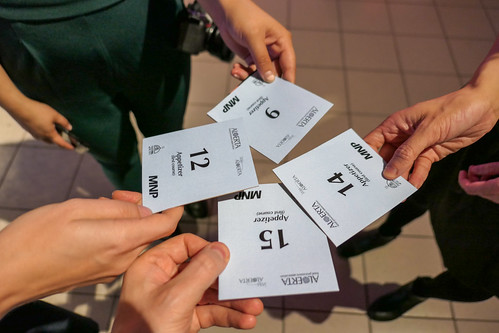 There were a total of 17 participating restaurants this year. Because of the time and labour-intensive nature of the function, organizers shared that it is difficult for smaller establishments to participate. As a result, all of the restaurants were representing hotels, institutions, or chains. Still, event chair Chris Short maintains that FEASTival is a great opportunity for young chefs to challenge themselves, in addition to exposing them to the range of products available from home grown producers. 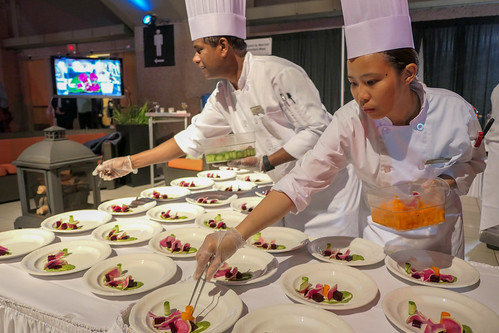 Before dinner, we whet our appetites by exploring the menus the restaurants had put together. Although I could extrapolate from the dishes what ingredients were provided in their black box, it would have been visually interesting to see what a sample hamper contained. 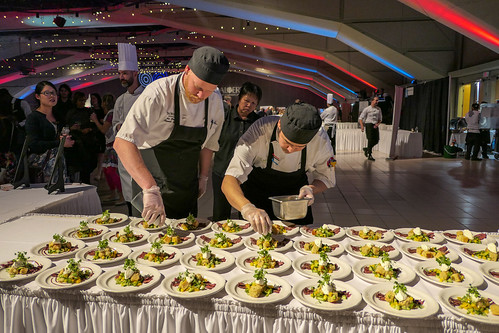 I was particularly impressed by the few who had an overall theme to their dishes (the Renaissance Hotel was inspired by Korean cuisine), or a fun display (the Royal Glenora had set up a big top tent complete with popcorn decorations and a spin-the-wheel game). 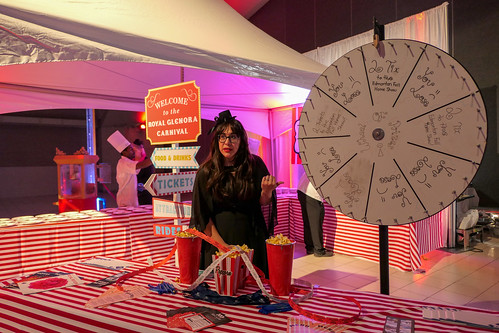 Overall, I was pretty impressed by the food, and by circumstance, ended up with a fairly cohesive meal. My appetizer was prepared by the Highlands Golf Club; a birch-glazed bison short rib with a sweet potato purée and charred rutabaga. The meat was nicely tender, and I appreciated the pair of vegetables served together, as they complemented the other well. 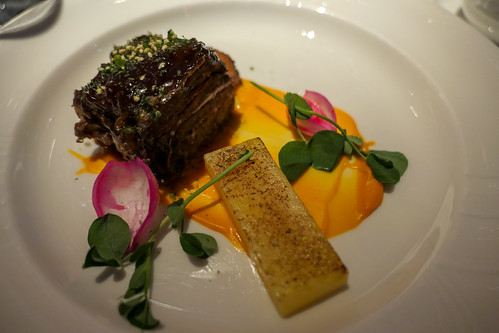 I was delighted to see a soup course on the menu (Mack jokes that I could eat soup all day every day, and it’s true). Of the two I sampled, I preferred the roasted chicken mushroom consommé from Stages Kitchen & Bar. While it was on the salty side, I thought there was a lot of depth to the broth. 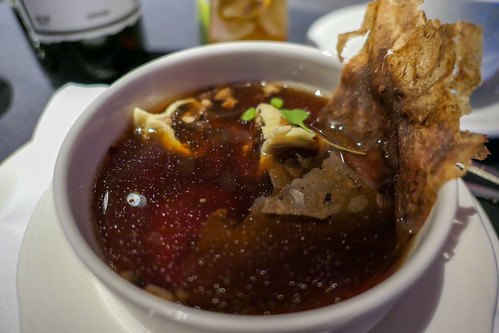 My main course was prepared by the Royal Glenora Club. I very much enjoyed the spiced rack of boar, served with a curried cauliflower purée, cabbage, and northern bean cassoulet. At an event this size, I often find the meat to be overcooked, so I was pleasantly surprised that the boar was a perfect medium rare. In addition, the highlight of the plate for me was the flavourful bean cassoulet. 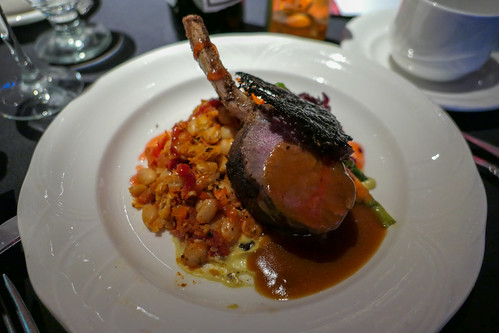 Spiced rack of boar from the Royal Glenora Club

Most of the desserts around the table were chocolate-based. Considering the event’s local philosophy, I was expecting more dairy, egg, or fruit concoctions, but I recognize that chocolate is a crowd-pleaser. My dessert was a flourless chocolate cake from the Highlands Golf Club; it was a very rich way to end my meal. 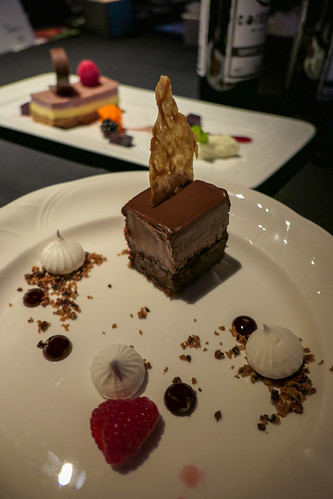 The event finished with a rousing bagpipe-led parade of chefs, providing diners with the opportunity to show their gratitude to those that had their hand in preparing the evening’s food. 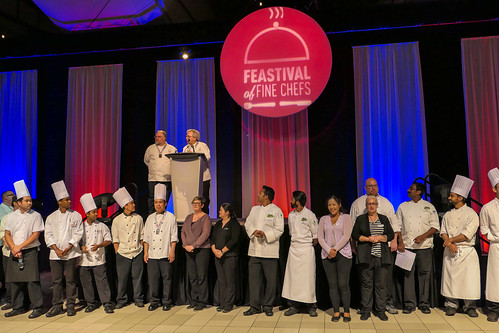 Thanks again to the event organizers for a fun evening, and to Linda for inviting us to join her! Tickets for the 31st FEASTival of Fine Chefs next September will go on sale April 1, 2019.