Late last year, the Journal published an article about seemingly “cursed” spaces in Edmonton, where restaurants can never seem to stick. One of the storefronts included in this inventory was the historic Metals Building on 104 Street, which has seen four failed attempts in the last five years. On July 22, 2018, DOSC (the abbreviated name for Drunken Ox Sober Cat), hopes to finally reverse the trend. 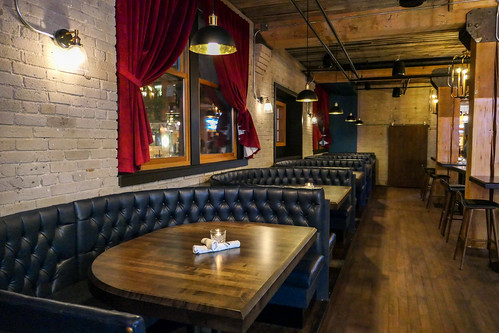 I was among a small group of people invited to a media preview on Friday, to not only sample some of their food but to also be among the first to see the product of their extensive renovations. The pedigree of the folks behind DOSC is strong. The team is led by Isaac Choi of Japonais Bistro and Dorinku, and Jake Lee of Seoul Fried Chicken. Their restaurants have been lauded for their quality and consistency, and in the case of SFC, for its economical pricing. Although these previous successes have focused on Japanese and Korean cuisines, Jake indicated that the inspiration behind the food at DOSC is pan-Canadian, with representation on the large 50+ item menu ranging from British (think liver and onions) to French Canadian (tourtiere). In the mix as well is Mexican influence from Executive Chef Israel Alvarez (of COMAL Taco Therapy fame), with items such as tostadas and barbacoa-style brisket also making appearances on the menu. 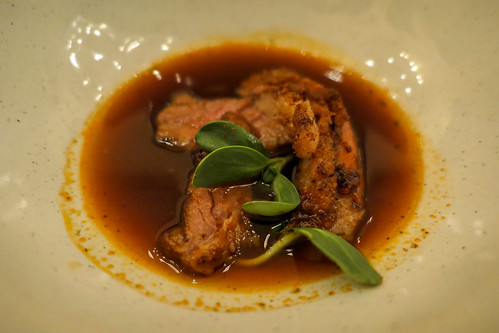 DOSC bills itself as a steakhouse, but in that labelling much about their ambitious concept is lost. Not unlike Holy Roller, they plan to be open for breakfast, lunch, and dinner, an attempt to gain some of the market share in a neighbourhood already known as a coffee district, while also appealing to those venturing on to Rogers Place in the evening (the central bar is decked out in copper and blue). Notably, the restaurant has received a permit to build a new entrance facing 104 Street, which they will undertake next year. 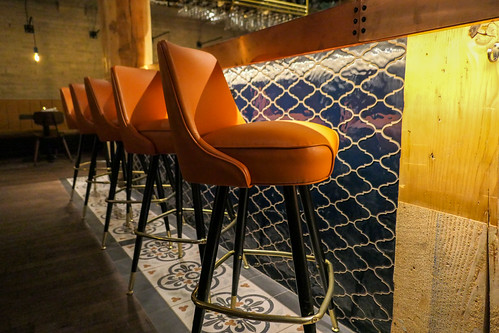 Walking in, diners are greeted with the “Sober Cat” concept, a beautifully rendered coffee bar surrounded by plush seating. During the day, the area will be flooded with natural light , making it an attractive space for work and meetings alike. Their coffee program was headed by Rogue Wave, who supplies the beans and led the training of their baristas. I’m perhaps most excited about their breakfast menu, with house-made breads featured alongside tableside scrambled eggs and bacon sliced and cooked to the diner’s preference (thick or thin, tender or crispy). These hot items will be supplemented by house-made pastries, yogurt, and granola. 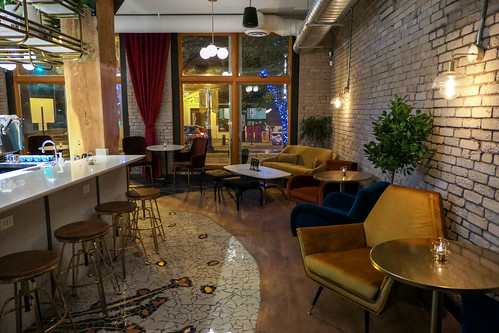 The “Drunken Ox” concept is comprised of a whisky lounge and the aforementioned steakhouse. The standard meat and potatoes have been given an upgrade at DOSC. While steaks can be ordered in 3, 6, and 9 oz. portions, and a variety of sides are available, it’s the type of meats available that really sets them apart.

Diners can expect cuts not found at other steakhouses, primarily because the restaurant is committed to a nose-to-tail philosophy. Case in point was the beef tongue, cooked sous vide until tender and charred, complemented well with a salsa verde and tomatillo. 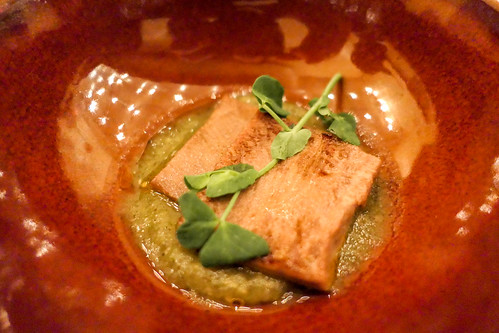 On the higher end, DOSC is importing Miyazaki wagyu from Japan. For our taste of this luxury we were each given a slice to sear ourselves on a hot stone, dressed simply with a house made horseradish and volcanic salt. The marbling was unparalleled, and the meat melted away on the tongue. 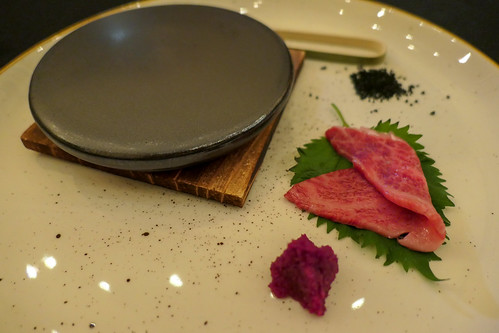 Miyazaki chuck wagyu, with “horse with a rash”, volcanic salt

The sides are also elevated, with their fries, for instance, first coated with whole wheat, flash frozen, then fried to a crisp. The marrow mash that we sampled was one of the highlights of the night, rich, dense and whipped to silky smooth perfection. 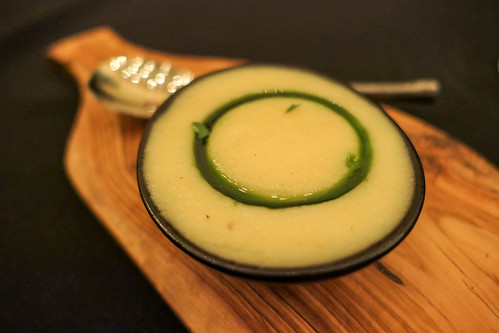 I happen to live in the condo next to the Metals Building, and have been impatiently waiting for a more permanent fixture to open. Only time will tell if DOSC is it, but I wish them the best of luck, and a warm welcome to 104 Street!

Thanks again to DOSC for a wonderful evening! Check out Crystal’s blog for another perspective of the event.

One thought on “Preview: DOSC opens on 104 Street”