Mack and I had been meaning to visit Kazoku Ramen for some time. The west end eatery opened back in October, adding to the growing inventory of restaurants serving ramen in Edmonton. On a random Wednesday in July, we happily ceded our cooking responsibilities to Kazoku, located in a non-descript strip mall.

Kazoku qualifies as one of the larger ramen establishments in Edmonton. Like Nudoru, a fun mural adorns the dining room, conveying the power of ramen to sway even the toughest of monsters. We were told the owners’ daughter-in-law was the artist behind the painting. 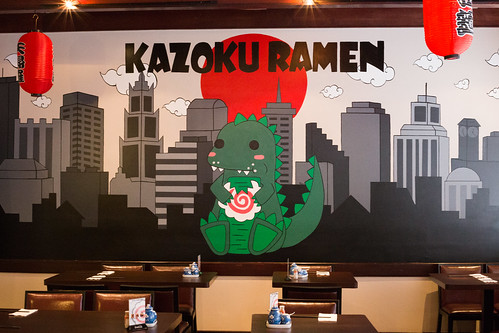 Besides a handful of appetizers, the menu also offered rice-based dishes and seasonal items in addition to ramen. We typically avoid starters in favour of drinking up every last drop of broth, but we couldn’t pass up the spicy chicken karaage ($9). Based on the price, we thought we could handle a few bites of fried chicken. Imagine our surprise when we were presented with five large pieces of karaage. We liked the crispy batter and sweet chili dipping sauce, but we had to wonder how the portion size was possible given the cost of food. 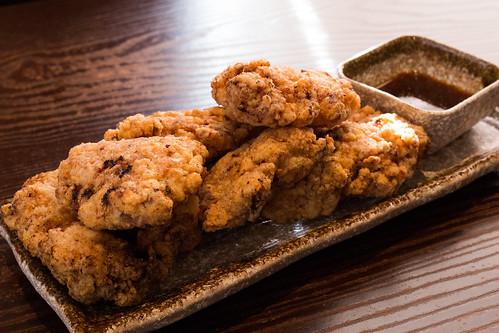 Neither of us were adventurous with our ramen orders – Mack had his usual shoyu ($13) and I selected tonkotsu ($14). The bowls were deceivingly deep (something Linda had mentioned), and both of us enjoyed our respective broths, served piping hot. The egg had also been perfectly prepared, with a deliciously runny yolk. Our only quibble was with our choice of the leaner pork shoulder (instead of the rolled pork belly) – it was severely overcooked and was not only tough but surprisingly fatty. 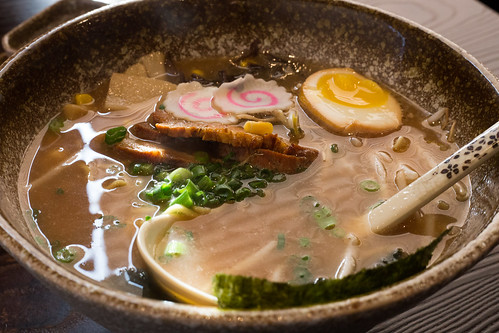 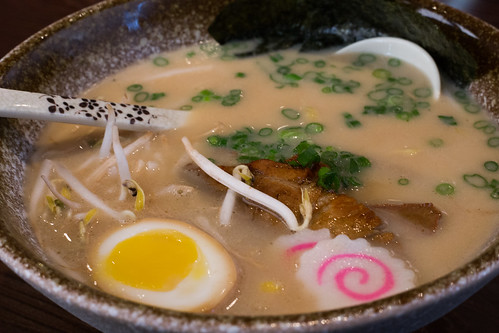 The service was friendly and attentive, and though we were the last table to leave, we never felt rushed. The experience as a whole was pleasant enough to warrant a return visit – give Kazoku a try if you’re hit with a ramen craving in the west end!