Three years ago, I was part of a group that organized the 97 Street Night Market in Chinatown. The idea was inspired by conversations and observations made by my market co-organizer Kathryn Lennon at the first ever Chinatown Conference held that spring. In some ways, the market was our way of trying to grapple with the generation gap in the neighbourhood, and an attempt to enliven the streets and encourage Edmontonians to rediscover their Chinatown. 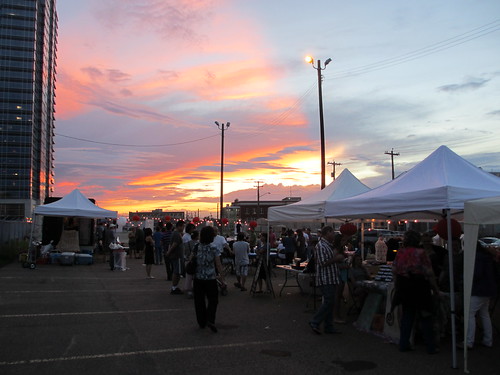 The event gathered vendors and food trucks, created a stage for cultural performances, and offered walking tours of the neighbourhood. Overall, we felt the market was a success, and although it was a lot of work to pull together, I felt inspired to continue the momentum with another event.

The following summer, I was part of a team that hosted a second 97 Street Night Market. The event built upon the foundation of the previous year, and though the turnout was comparable, we decided the challenges we faced in mounting the market weren’t worth the returns. 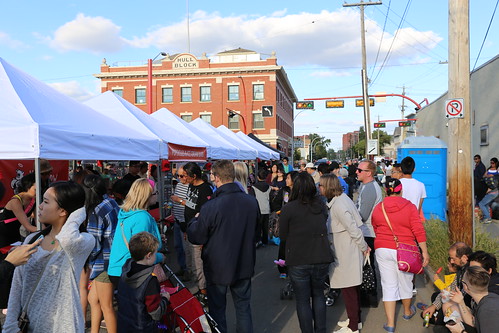 It was an incredibly eye-opening experience, learning firsthand about the complexities of the neighbourhood and the numerous parties involved in the community. Chinatown has many players – the BRZ, individual businesses, community associations, McCauley Revitalization, the Quarters Revitalization – just to name a few, and they don’t all agree on how to approach the issues surrounding Chinatown:

These are just some of the questions that the community is grappling with, and there are no easy answers. Consensus is unlikely, but one thing is true – Chinatown will change, but who will lead this change? Will the players be able to come together to move forward with solutions in a meaningful way, or will external forces dictate the change? 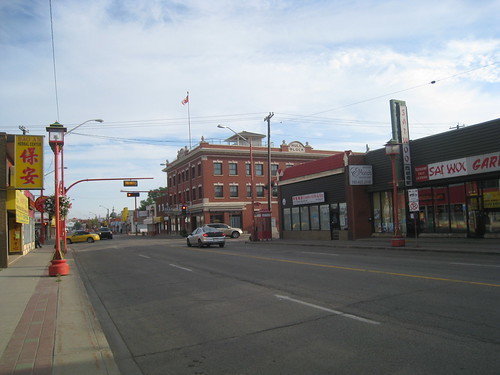 As a follow-up to the first Chinatown Conference, the 2016 Chinatown Conference hopes to answer some of these questions. On June 11-12, 2016 Chinatown advocates, researchers, planners and youth from across North America, will gather in Edmonton at the University of Alberta, including 15 representatives from Chicago, Seattle, Philadelphia, Washington, DC, Toronto, Vancouver and Calgary. The intention is to exchange ideas about how to preserve, celebrate, and ensure Chinatowns remain relevant in municipalities amongst demographic shifts, changing civic priorities, and gentrification efforts.

I’m particularly excited to hear from C.W. Chan from Chicago, as they have reversed the trend of diminishing Chinatowns, and instead, have continued to expand and and garner city investment in infrastructure. The conference will also host respected Toronto Chinese historian Valerie Mah and Washington, D.C. filmmaker Yi Chen, who will screen her documentary Chinatown. The second day of the conference aims to build a plan for Edmonton’s Chinatown. The full conference schedule is here.

Registration is now open, and tickets are $50.