Central McDougall, the neighbourhood just north of Ice District (it still feels unnatural not to include a "the"), is at a crossroads. It will definitely endure more foot traffic once the arena opens this fall, but I do hope it will be seen as more than just a repository for vehicles.

Restaurants like the newly-opened Wheat Garden Noodle & Dumpling Bazaar have an opportunity to change that perception. Similar to Noodle Feast on the south side, they specialize in Northern Chinese cuisine and handmade noodles. Given Wheat Garden’s average entrée price hovers around $11 (for now), it’ll be interesting to see whether folks will discover these gems like this "on the other side", or if the uptick will only impact the more upscale or pedestrian restaurants south of 104 Avenue.

At any rate, Wheat Garden is already trying to make their presence known on social media, opening up channels on Twitter, Instagram and Facebook in a way most small, family-run businesses don’t have the capacity to do. Even better, to engage customers, they offer some immediate gratification in the form of a free drink or side to diners who mention the restaurant on their own social media channels.

When Su and I stopped by last week for dinner, it was obvious the space had been transformed from its previous tenant (the Old Szechuan Restaurant, which has since relocated to Old Strathcona). The new paint hue lightens the room and further highlights the expanse of windows. The only downside of the cozy and intimate dining area is that save for some quiet televisions in the corner, there is no background noise. Su and I felt like we had to deliberately keep our voices down to prevent from being heard across the space. 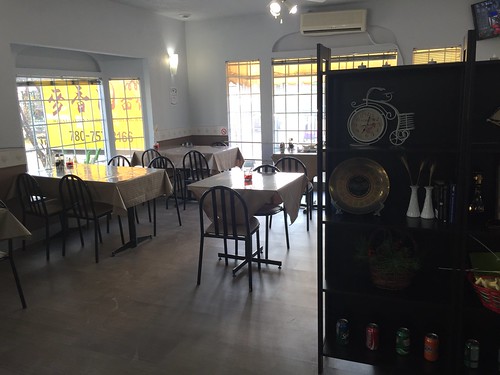 The menu offers rice-based plates in addition to their namesake dishes, but since this was my first visit, I stuck to the latter. Su recommended we share the assorted dumplings ($13.99/18 pieces), made up of six different flavours, and I ordered the ground beef spicy noodle ($10.99) for my entrée. It may be of interest to some that all meats served at Wheat Garden are certified halal (they claim to be the first Chinese halal restaurant in Edmonton).

Everything is made fresh to order, and it’s obvious that the staff take genuine pride in their food and service. The dumplings were a visual delight, though we didn’t inquire about the colour coding, which resulted in a fun round of dumpling roulette. The handmade skins offered a great springy texture, and the fillings were well-seasoned. My favourite flavour of the bunch I tried was the chicken, mushroom and fungus. 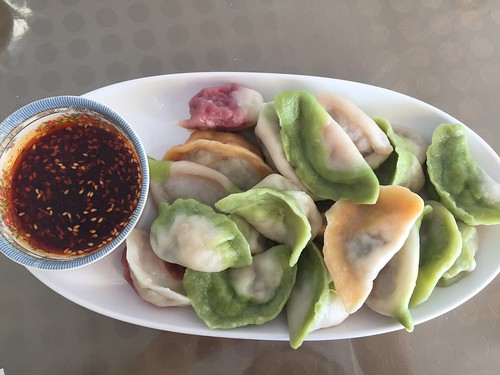 My noodle bowl was probably meant to be devoured faster than I could keep up – the handmade noodles had sopped up much of the thick broth by the time I got to it. They did have a nice bite to them though, and I will be eager to try the flat noodles on another occasion. The dish also wasn’t as spicy as I was expecting either. 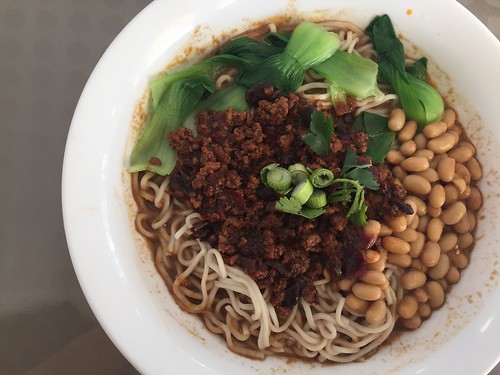 With good service, tasty food, and reasonable prices, I hope that folks flocking to Rogers Place will consider Wheat Garden or other Central McDougall alternatives. It’d be a shame if they remain under the radar and overshadowed by more mainstream eateries.