Though Edmonton is most known-for its trendy restaurant districts – Downtown, 124 Street, Old Strathcona – the hidden gems buried within residential neighbourhoods are often the unsung heroes of our city. They are natural gathering places in areas where they might be few and far between, and provide a reason for residents to stay close to home. For me, it’s an excuse to explore a neighbourhood I might be less familiar with, pockets no less important in a city as diverse as Edmonton.

Juniper is one of the more recent low-key restaurant arrivals. While there have been a few reviews since it opened in November 2015, it’s still under the radar. On a Friday visit for dinner last month, we were told that the dining room, half-full, was one of their busier evenings.

Juniper took over the space formerly occupied by the infamous Strathearn Pub. While I hadn’t been to its previous incarnation, I imagine the space looks nothing like it once did, now with a wide open room and a built-in play space for little ones. Juniper’s defining feature is the counter, welcoming with displays of coffee, baked goods and tempting desserts. Juniper serves up three meals a day Wednesday to Saturday (and brunch on Sundays). 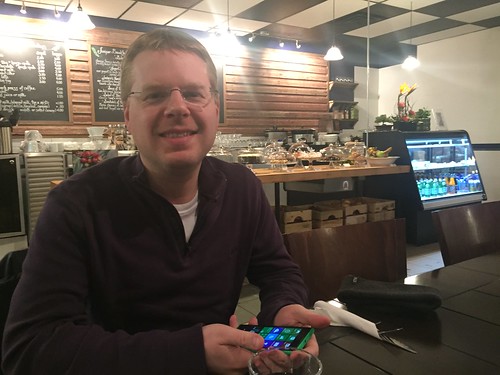 Their dinner menu is based on the idea of sharing family-style plates, a way of eating that Mack and I really enjoy. We started with the chorizo queso fundido ($8) in lieu of the sold-out steamed buns with hoisin duck. While the queso fundido did arrive piping hot with devilishly stringy cheese, if you’ve had the same dish from Rostizado (which yes, is double the price), it’s hard to compare. It’s a version not dissimilar from what you might craft at home, but in this kid-friendly context, is probably a good dish to have on the menu. 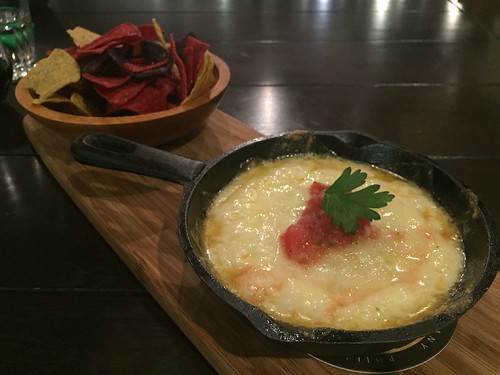 The next two plates were fine, but over promised and under delivered. The roasted spuds with Indian spices ($12) needed to be "kicked up a notch", in Mack’s words. Even with the addition of duck gravy and cheese, they were much too mild in flavour. 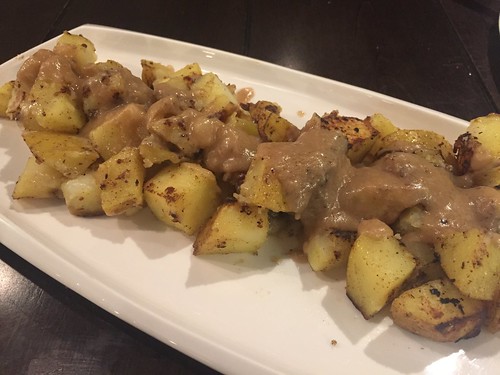 The spicy meatballs on polenta ($16) was our favourite dish. The meatballs and polenta were well-prepared, but similar to the potatoes, the heat level didn’t live up to its name at all. 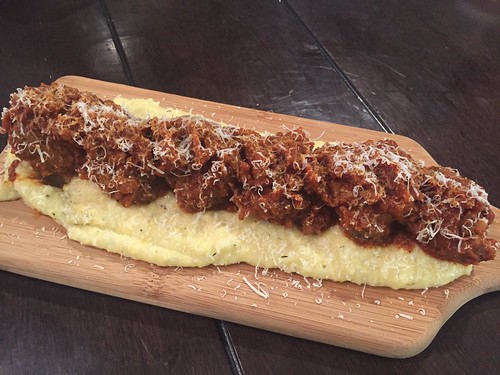 Service was friendly, and we never felt rushed as we lingered over our coffee. Though we didn’t have dessert, I did pick up a cookie to take home, and after enjoying it wished I had the foresight to purchase more.

Overall, while Juniper didn’t quite reach the level of elevated comfort food, we are open to returning. They told us they are known for brunch, and their menu on the outset looks appealing. I hope they are able to refine some of their dishes to better meet diner expectations.

One thought on “A Place to Gather: Juniper Cafe & Bistro”