Fort Edmonton Park is easily my favourite City of Edmonton attraction. I’m a sucker for amusements, and the 1920s midway at Fort Edmonton is one of the city’s best kept secrets. In the off-season, however, the Park  operates on a limited basis – Capitol Theatre screens vintage films, Hotel Selkirk offers temporary accommodation year-round, and Johnson’s Café (located in Hotel Selkirk) hosts a special brunch every Sunday.

Mack and I were invited by Fort Edmonton Park to try their Sunday Brunch last weekend. Before settling on driving to the Park, we did explore public transit options (especially given the Park lends its name to an LRT stop). The closest we could get on a Sunday, however, was a bus ride from, ironically, University station followed by a 21 minute walk. 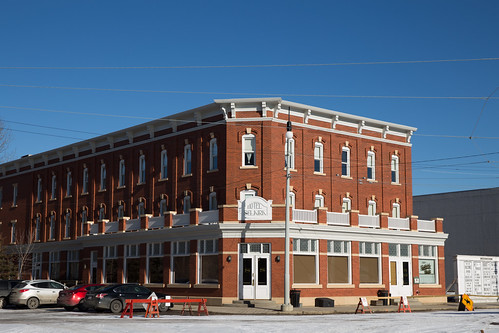 Reservations are taken for seatings every half hour from 10:30am until 1pm. By the time we arrived for our noon reservation, we found Johnson’s Cafe nearly full, made up of small parties of two and larger groups of families with small children.

From the outset, the meal was of good value, food-wise, and more than justified $32.95 cost for adults (seniors tickets are $27.95 and children 4-12 are $19.95). We were told that over the years, the brunch selection has increased significantly, from occupying one corner of the dining room to now taking up the hotel lobby in its entirety. 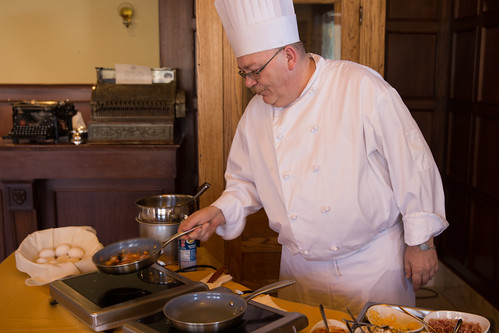 The Sunday brunch buffet spread spanned breakfast, lunch and dessert options. We started off with breakfast, taking full advantage of the omelette station, plump breakfast sausages and fantastically crispy bacon. We didn’t sample the eggs benedict, as it was doubtful the yolks would remain runny in the chafing dishes, but I did really enjoy the Parmesan grilled tomatoes. 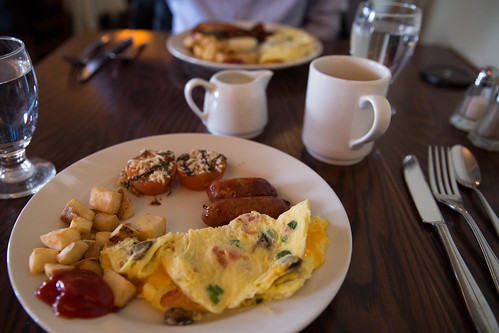 We returned to sample the lunch choices, which included several cold salads, cheeses and charcuterie, seasonal vegetables, pasta, pork loin in a pineapple sauce, grilled chicken, and a carving station offering up nicely marbled beef brisket with a peppercorn jus. 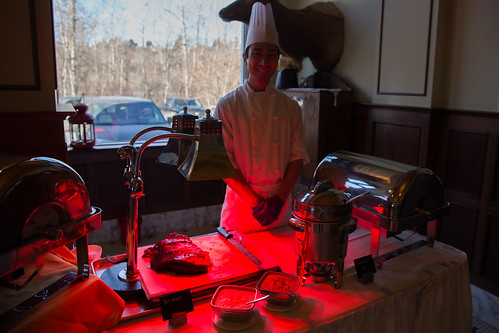 To be frank, I saved up the most room for dessert. I was most impressed with the dessert selection, highlighted by a showstopping red velvet cake and a deliciously moist spinach and beet cake (the green layers were vibrant without any noticeable spinach flavour). I was also drawn to the pineapple upside down cake, decadently served with a side of cream, and the notion of lavender and apple shooters, an interesting alternative to alcoholic shots. Mack was drawn to the kid-friendly desserts, including Rice Krispie treats and mini cupcakes. 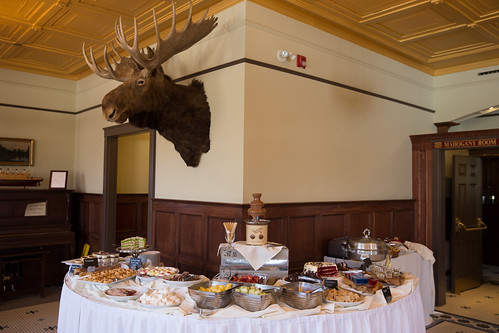 Service was fantastic throughout – there were numerous staff ensuring the food stations were constantly refilled, while the dining room staff checked in with us constantly, topping up our coffee and water without request.

After brunch, we wandered 1905 and 1920 Streets, peering into windows and enjoying the scenic facades on a sunny winter afternoon. In the summer, brunch includes admission to the Park, which operates May until September. On that warm day, we couldn’t help but wonder why Fort Edmonton couldn’t be a year-round attraction, or at least one with a season extended beyond one-off events like Christmas Reflections and Easter hunts. 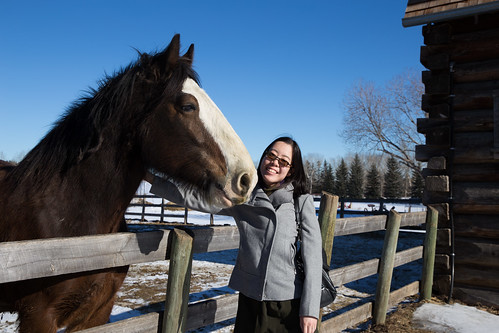 Visiting with the horses at Mellon Farm

As a part of the Winter City Strategy, the Park has built-in warming stations in its indoor facilities, and could easily replace train and streetcar transportation with horse-drawn wagon rides (an attraction that operates now, but is only available to groups). It would also be a great way to educate people about how Edmontonians in previous eras worked to stay warm. 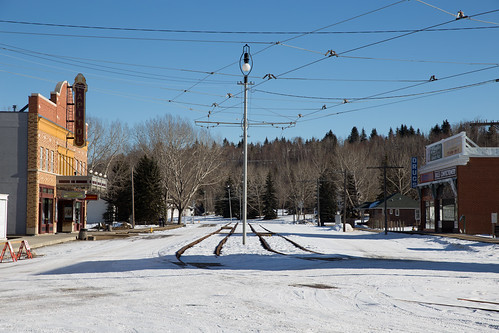 Mack and I both agreed that while we enjoyed our brunch experience at Hotel Selkirk, because it required a trip to Fort Edmonton without the promise of visiting the attraction as a whole, we would be more likely to return during the summer months when it could be combined with the operational Park.

Of note, because we did commit to driving to the Park, we detoured to finally check out the Alfred H. Savage Centre, located on the opposite side of Fox Drive from Fort Edmonton (accessible through the Whitemud Park turnoff). It’s a lovely facility with restrooms that functions as a warm-up centre for the adjacent toboggan hill (marked as "closed" that day, in spite of all of the families out enjoying the beautiful day). Consider walking off the sumptuous meal with a jaunt in the trails, as we did. 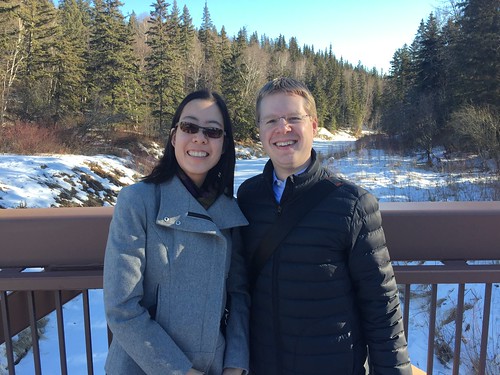 Thanks again to Fort Edmonton Park for hosting us! The Winter Sunday Brunch series runs until March 27, 2016.