Mack and I just returned from our third trip around this year’s Taste of Edmonton, and boy, everyone seemed to be talking about Graham Hicks’ takedown of the festival. On Tuesday, the Sun published his harsh take on one of Edmonton’s summer traditions, a litany of his encounter with “awful” food. Although Taste has its fair share of haters, Graham’s piece is surprising in light of his praise of the festival over the past three years, and the fact that nothing significant changed in 2015. 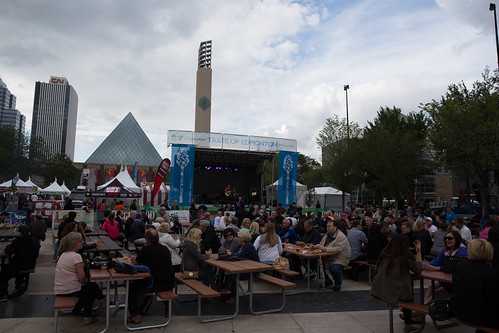 We’ve been a bit more deliberate this year in taking advantage of our proximity to the site, stopping by on multiple occasions to gradually use up the tickets we accumulated. This has afforded us the chance to return to our favourites over the course of the week! 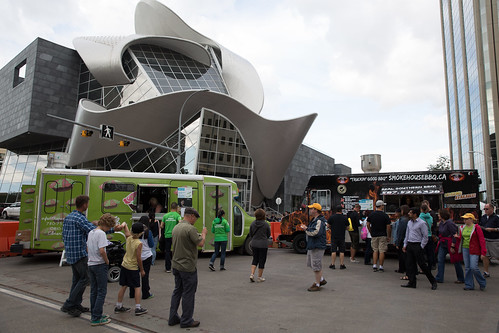 Food trucks were back for a forth straight year

As guests of Taste Alberta, Mack and I were invited to sample the wares inside the Sip ‘n Savour Tent last Friday. The pop-up nature of the tent has enabled the festival to involve chefs who wouldn’t otherwise be willing or available to commit to the duration of the event. That said, with the $10 admission fee, I’m surprised that most of the Sip ‘n Savour dates have sold out – the cost of attending can pretty quickly escalate with the cover charge, given food and drinks inside the tent require Taste tickets. In some ways, should Taste want to expand into the off-season, the Sip ‘n Savour concept could certainly be replicated. 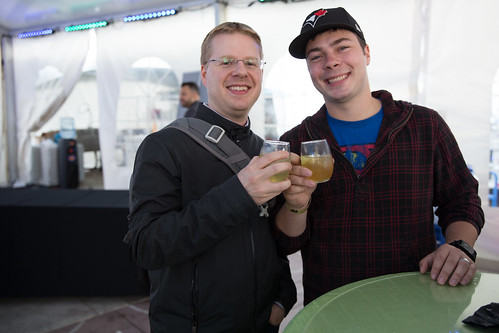 That evening, Custom Cocktails and Tapas were on the menu. The patio facing the stage was pretty sweet, and on that sunny evening, it was a very comfortable place to enjoy our drinks. 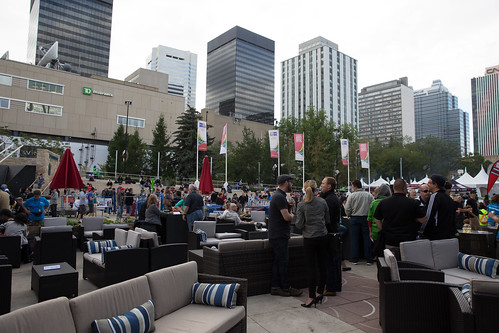 Century Hospitality Group catered that night, serving up a variety of small plates, including gazpacho, arancini and pulled pork sliders. 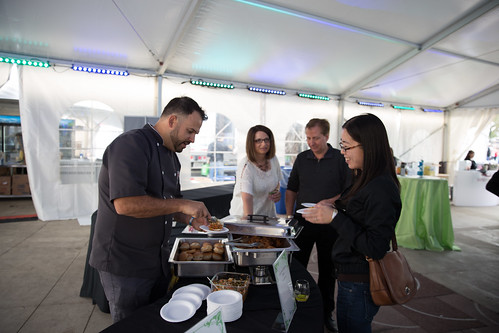 We were also happy to encounter Nomad Espresso, Edmonton’s first mobile coffee cart. Steve is set up inside the tent for the entire festival, which is great for those with access who need a pick-me-up, but it definitely limits his exposure to a wider audience. 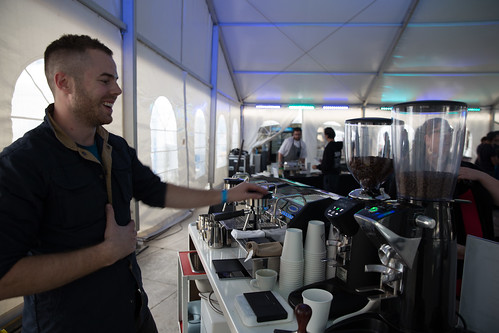 Outside Sip ‘n Savour, as we found last year, the value for tickets is pretty good, with most samples priced at 3. But as with any large food festival, there are hits and misses.

Some restaurants are reliable and consistently good – perhaps Taste should consider formally recognizing those who, year over year, are creative and seek to elevate the food served at the festival. In my opinion, ZINC is at the top of that list. Their City Market salad, dressed with a champagne and lemon olive oil, was a refreshing reprieve from deep fried dishes (and one I went back twice for!). 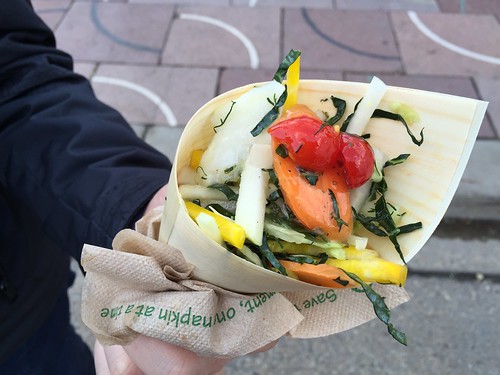 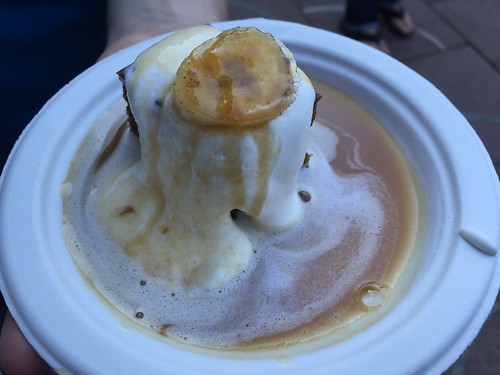 Also on the sweet side, the Hotel Macdonald’s scone, with whipped cream and berry compote, is a classic. And though it’s a plate you shouldn’t have more than once, I couldn’t help myself. It was impressive that Chef Jost was there serving both times! 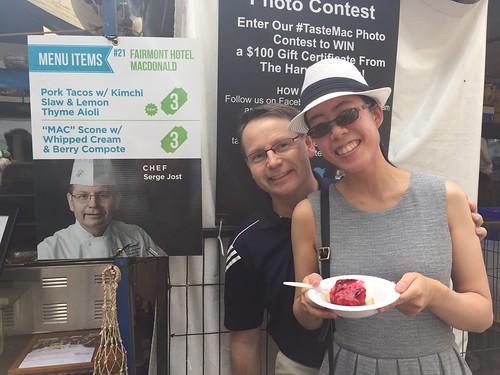 With Chef Jost and the Mac scone

There were some restaurants that we weren’t expecting to stand out. Mama Lee’s Kitchen was continuously making small batches of its beef and pork bulgogi – we could definitely taste the difference their efforts made (especially when compared with some of the dishes we tried that had obviously languished under a heat lamp). 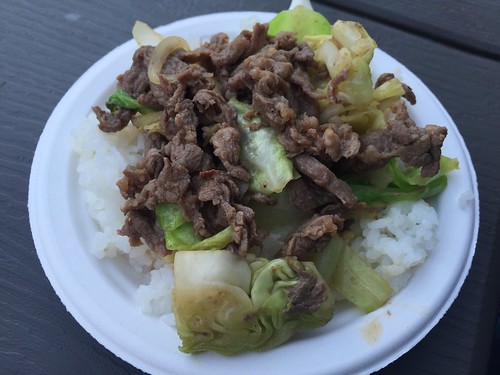 The rotisserie roasted pig from the Freson Bros. was another pleasant menu addition, with a good ratio of fat, and finished off with applesauce. 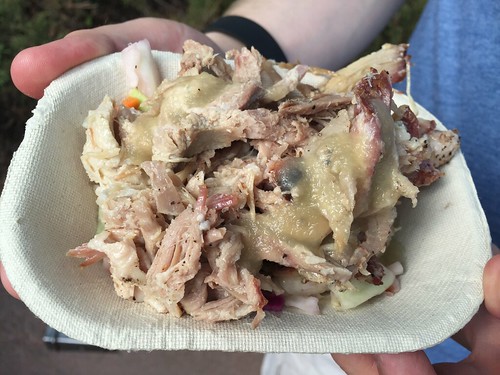 Overall, we appreciated the other small improvements to the festival – more seating outside of the beer garden, and large overhead signs planted above each of the booths that helped with navigation. We didn’t have a chance to check out the Culinary Championships, but given they’re located separately on Centennial Plaza, hopefully they’ve been drawing the crowds they wanted.

Given Taste of Edmonton will be looking for a new home next year (because of the 102 Avenue construction), only time will tell whether they’ll be able to continue the positive momentum they’ve built over the last four years.