I’ve been eyeing Christmas in November for the last few years, but because of the steep cost, I knew we’d have to save for it like any other vacation. And given just returned from our honeymoon in October, this year was a write-off. Enter Gastropost, who, through Postmedia (I am a part of the Gastropost Advisory Board), granted Mack and I the opportunity to attend as their guests, in exchange for documenting the weekend. We jumped at the opportunity, and away we went to the final package November 14-16, 2014. Although Mack and I have been to the mountains together before, this was our first trip to Jasper. We were looking forward to the fresh air, wildlife, and of course,  Christmas in November itself! 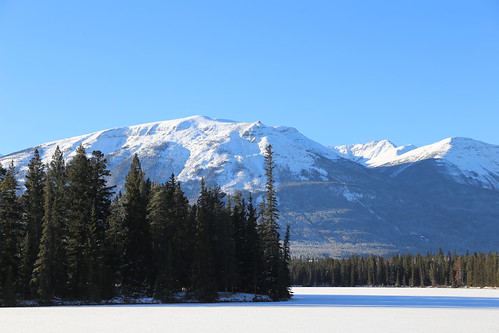 The moment we rolled into the Jasper Park Lodge, we felt immediately welcomed. All of the staff were eager to help and made sure we were well taken care of. We were eventually directed into our room – although I had expected a facility similar to the chateau-like Fairmont Banff Springs, I quickly realized this Fairmont property was made up of a sprawling complex of cozy cabins. Luckily, our cabin was located a stone’s throw away from the main lodge. 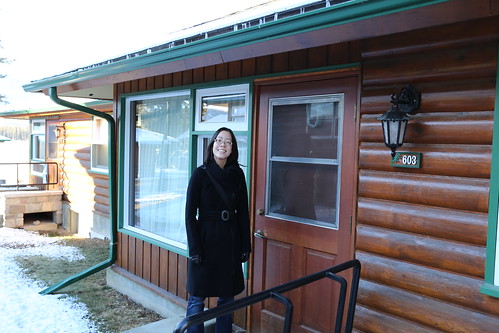 We joined Brittney Le Blanc, Alberta Gastropost manager, and the rest of the “VIPs” in a pre-reception, and had a chance to meet some of the other attendees and presenters. It was nice to see some Edmonton representation (curiously, in Jasper, both Edmonton and Calgary talent were referred to as “local” presenters, I suppose to differentiate from the chefs visiting from other parts of Canada). It seems the majority of attendees were from Edmonton, though a smaller percentage make the trek from Calgary and the rest of the province. 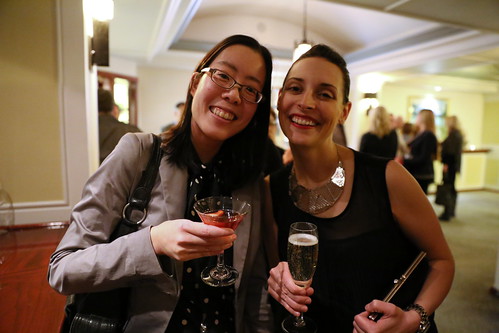 Upstairs at the welcome reception, the line-up of presenters were then introduced. It was clear that this was the kind of conference where rubbing elbows with these celebrity chefs was not only permitted, but encouraged. 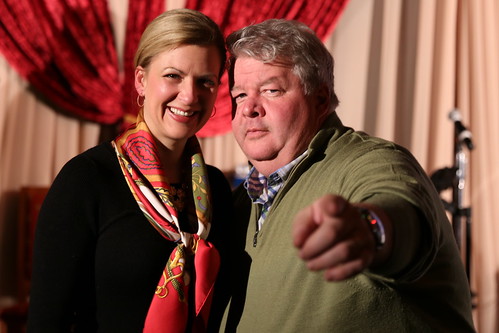 Anna and Michael Olson had fun with the camera

Surveying the attendee demographic, we were surprised with the range. We had been told to expect a large number of mature attendees, and mostly women. And although that was true for the majority, Brittney confirmed that this was the most diverse group she’d seen yet, in terms of age and gender. 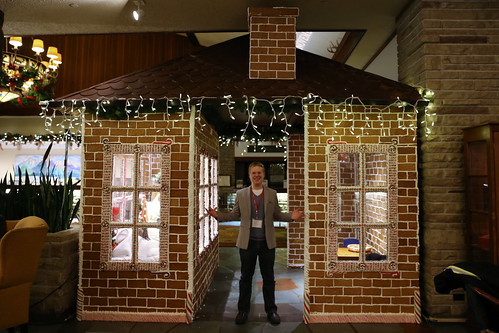 After the brief program, we had access to unlimited food and drink. This included a few signature cocktails, such as the strawberry shortcake martini and a peppermint eggnog.

The Fairmont kitchen had prepared an amazing array of tastes, served at stations around the ballroom. 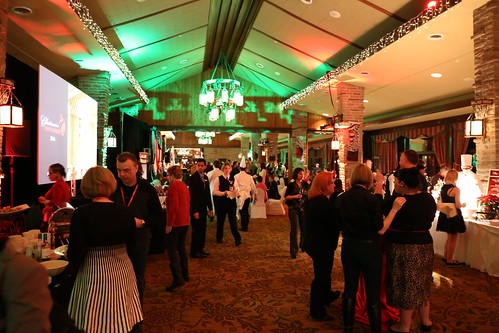 We had fun sampling more than a dozen dishes, with Brittney providing us with helpful recommendations (it was her third buffet, as she had been there for the previous two packages). She pointed us to the poutine bar(!), which featured butter chicken sauce and braised short ribs. The flavour and heat level in the butter chicken gravy was particularly tasty, but it could have been warmer. 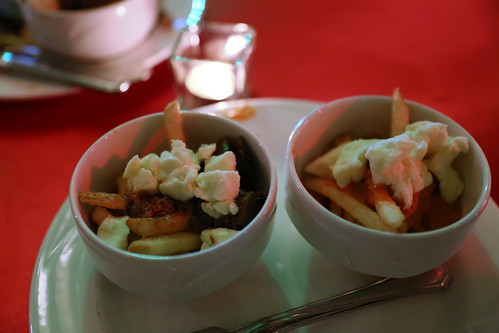 That was perhaps our one criticism of the buffet – most of the dishes just weren’t served at the ideal temperature, or, in some cases, had languished under heat lamps. There were a few exceptions to this, which elicited several return trips. The raclette – melty Oka cheese – was simple but decadent. 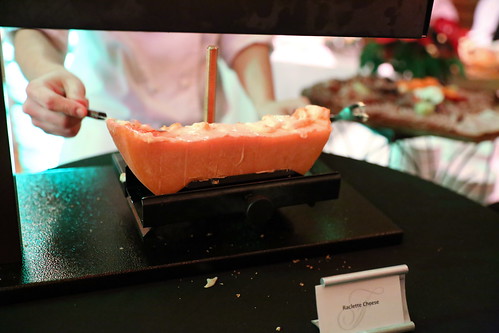 My favorite dish of the night was the mushroom risotto, made fresh throughout the evening, and served in a carved out parmesan wheel. 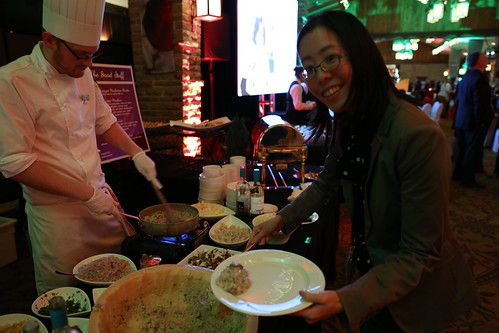 Why yes, I’ll have seconds

Desserts were also a part of the evening, even though we were already more than full. The mincemeat pies were delicious, while Mack enjoyed his pumpkin and blueberry tart. 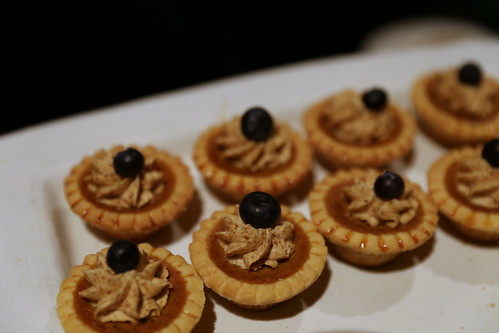 We weren’t ones to close out the reception, as we knew we’d have an early start the next morning. We were looking forward to what the presenters had to offer!

2 thoughts on “Christmas in November: The Welcome”