Mack and I always seem to end up in Sherwood Park when we’re having a meal with Grandma Male. Though it’s typically driven by convenience (given she lives on the far east side of Edmonton), it’s also given us an excuse to scour the suburb for independent eateries. Though I wouldn’t say it’s easy to come by, like Edmonton, once you start looking, they’re everywhere.

The most recent addition is Square One Wye Road, which opened back in December. It was immediately intriguing because not many establishments in Sherwood Park have identified themselves as such in their name. The inclusion of “Wye Road” was a loud and proud statement, and if they lived up to their promise of being a unique, “contemporary speakeasy”, it would put the Park on the culinary map in a new way. 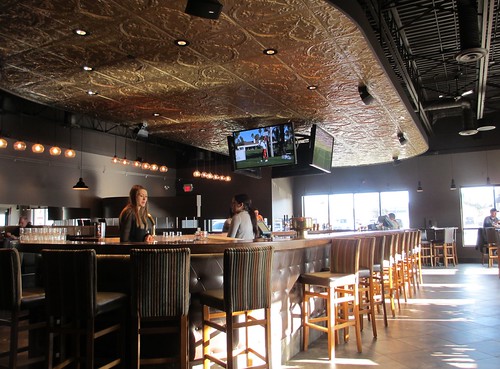 Like nearly everything else in Sherwood Park, Square One is located in a strip mall. On that Sunday evening in April, it was quiet, with only three other tables occupied. With its central oval-shaped bar featuring television screens and banquet-lined room, my first impression was that it very much mirrored a Cactus Club Café lounge. I did appreciate the pressed-tin underlay on the bar, but the sophistication didn’t jive with the random portrait of Darth Vader on the wall. I assume the owners were attempting to be quirky, but it really seemed out of place. 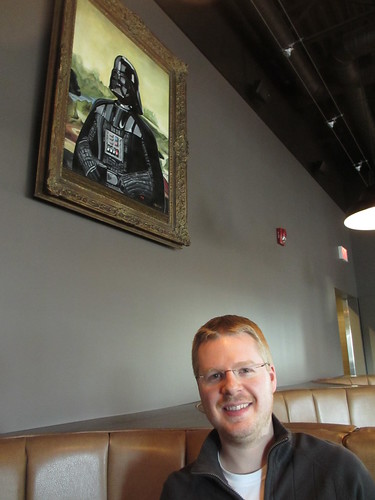 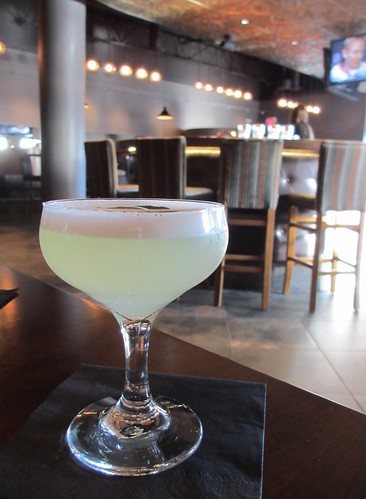 The menu was relatively small, which we hoped would mean the kitchen was focusing on their strengths. It was also great to see local producers named on the menu, including Sylvan Star and Irvings. We ended up ordering arrancini ($11) to share, and an entrée each.

We knew it would be hard for Square One’s arancini to live up to Daniel Costa’s version at Corso 32, and unfortunately, we were right. They were lacking in flavour and forgettable. 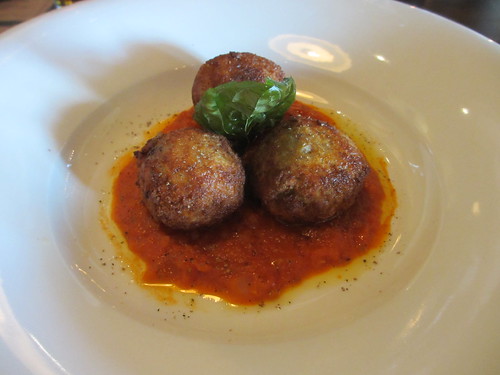 The mains fared somewhat better. Mack’s enjoyed his grilled Lois Lake salmon ($24) well enough, though noted that the risotto lacked the horseradish punch that had been promised. 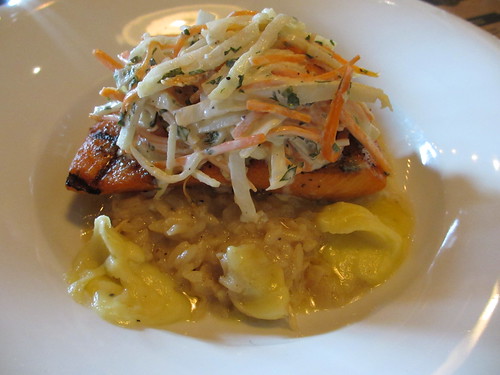 My patty melt ($17) was the equivalent of a diner burger, and it was a bit odd to find it on the same menu as Mack’s decidedly more refined dish. That said, the chopped steak patty had been grilled to a nice medium rare. I did find the pimento cheese to be a bit strong, however, given the beef really should have been the star of the dish. 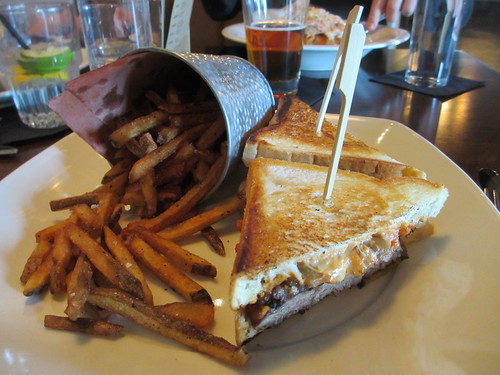 Grandma Male enjoyed her steak sandwich ($19), commenting that the meat was quite tender. The issue on her plate, as it was on mine, were the fries, which had been egregiously over salted. It was a shame, given how hot and crispy they were. Service had been friendly but timid thus far, but I have to say our server handled the criticism about the salt content very well, thanking us for the feedback in the context of being a new restaurant.

Though I recognize the desire to appeal to the widest cross-section possible, I think Square One needs to refine their menu further to live up to the identity they’ve crafted on their website. To become a destination, or even to attract the locals, it has to rise above the rest of the upscale casual chains and assert a distinguishable identity; the use of Alberta product is a good start, but just one facet. I would also hope that as time passes, the kitchen becomes more consistent. I think there is a lot more room for independents in Sherwood Park – let’s hope Square One (with some improvements) is here to stay.