Last year, Mack and I were invited to enjoy a long table dinner in the evening at Northlands Urban Farm during Alberta Open Farm Days. This year, we decided to spend most of the day with them.

For just $5 per person, Northlands had organized bus tours that would visit Edmonton-area farms. Mack and I signed up for the morning tour, which featured Gold Forest Grains and Horse Hill Berry Farm.

We boarded the coach across the street from Northlands Urban Farm, joining about two dozen other people already on the bus. Quite a few of them had been on the tours led by Northlands the year prior. Although both farms we visited were open to the public that day, it was a much more efficient means of transportation to go with a group – if they decide to organize a third year of tours I can only hope even more people take advantage of this deal. 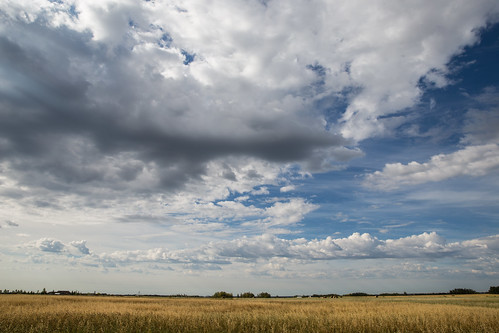 Gold Forest Grains has been a fixture at the Old Strathcona Farmers’ Market for many years. John Schneider and his family grow heritage and ancient varieties of certified organic grain on 300 acres near Morinville. Unlike other grain farmers, who typically have to farm between 2000-3500 acres, they can make it work on a smaller scale by selling directly to consumers. 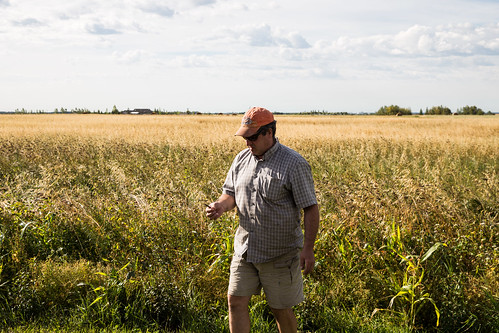 Gold Forest Grains mills their own flour (they had a small hand mill on display, but most is done in large quantities now), but they offer value-added products as well. For many, their introduction to Gold Forest Grains is through their excellent pancake mix or Sturgeon River Cereal. John also mentioned that they continue to experiment with other varieties, including corn he obtained from local farmer Deb Krause that matures on the stalk, which may mean an unprecedented source for non-gmo, local cornmeal in the future. 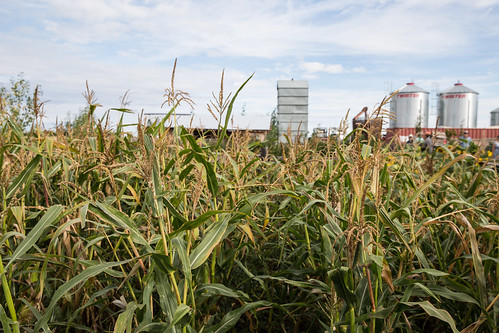 While we didn’t venture too far onto the farm, John toured us around the perimeter of their straw-bale home, featuring a small fruit garden (including heritage apples and haskaps), poultry coop, and a cob oven.

Park wheat is one of the grain varieties they grow, and John shared that he has some gluten intolerant customers that can eat this type of wheat. This is the type of flour used to make the whole wheat crust at Love Pizza. As a treat, he had put together some park wheat-based dough, which he used to fire up some focaccia in the 800 degree cob oven. 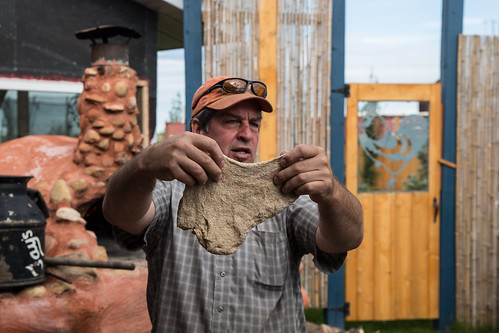 I would have appreciated it if John had also spoken about some of the other products they grow, including lentils and farro, but I recognize that we didn’t have much time.

Next up, we headed to Horse Hill Berry Farm in northeast Edmonton. Operated by Dave & Jackie Wilson, the 10 acre u-pick farm opened in 2010. 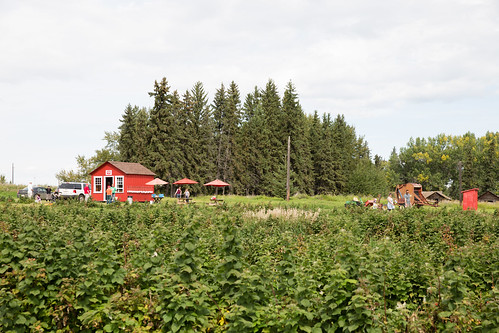 They currently offer six different types of raspberries, but have been thinking about adding other fruit. Although they are not certified organic, they do not spray their crops. They will be putting in drip irrigation (the plants require about 1 inch of water a week) and will continue to prune using machinery, though labour-intensive hand pruning is more effective. The ideal air and sunlight penetration Dave described is similar to what grape vines need to thrive. 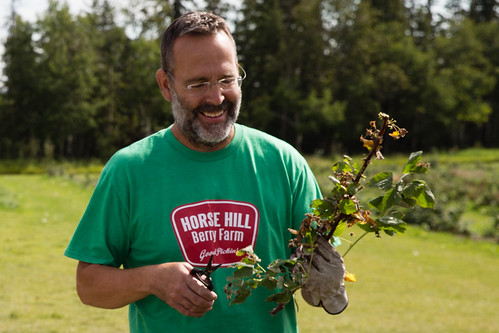 It was actually the last day of operations for the farm this year, what they termed the “bonus” week as the growing season typically only lasts five weeks. As their gift to us, we were all given a carton to fill with raspberries. 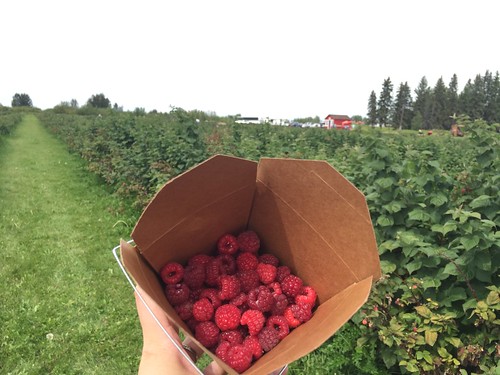 Until Dave mentioned it, I didn’t realize that they had deliberately planted grass between the rows to make the raspberry patch more patron friendly (so parents and kids alike wouldn’t have to worry about trekking through the dirt or mud). This, combined with their raspberry guide of the types of berries better suited for canning, freezing or wine-making, points to the thoughtful design of many aspects of their farm.

Mack and I also wandered to the look-out on the property (where you can see the North Saskatchewan River), featuring an old family heirloom. The rusted truck is also apparently a haven for snakes, which I found out first hand (it was one small garter snake, but I wasn’t expecting it). 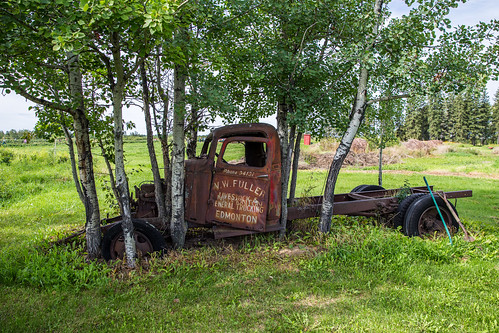 The bus ended where we started, and by that time in the afternoon, the Northlands Urban Farm activities were up in full swing.

Northlands’ beekeeper Patty Milligan was leading a honey demonstration, and crafts and a petting zoo provided entertainment for the young ones. 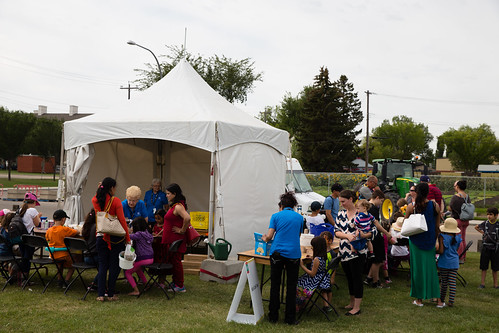 We also swung by the newly-installed chicken coop, where the heritage chicken breeds were happily picking at apples and greens. 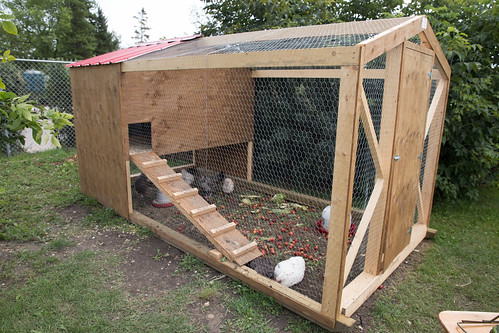 Before we left, we had a bite to eat from the Northlands 1879 food truck, and regretted choosing to share the garlic fries instead of ordering our own. 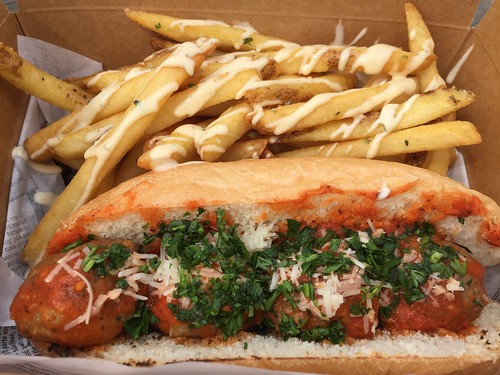 Thanks to Northlands for organizing an economical and seamless way to visit a few of the region’s farms – check out the Alberta Open Farm Days website for more ideas next August on how you can meet some of our rural neighbours.