On August 24, 2014, the Blink: Parkade Party team reunited to host an event in partnership with the Fairmont Hotel Macdonald. The ImMACulate Garden Party provided an opportunity to explore one of the city’s best patios and vantage points of our stunning river valley. 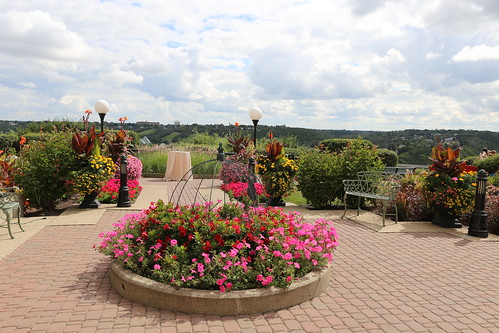 The terrace at the Hotel Macdonald

Although the Mac is a respected institution in our city, it is often underappreciated and overlooked by locals. We hoped that by organizing an afternoon of light entertainment and activities, we could highlight this gem in the summer leading up to its centennial. The event was also a fundraiser for the Edmonton Humane Society, in honour of the hotel’s canine ambassador, Smudge. 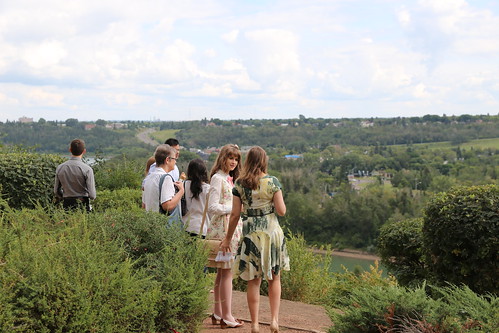 Nearly one hundred people joined us on that beautiful Sunday, all dressed in their garden chic attire. A quarter of attendees indicated that they had never been to the Mac before. 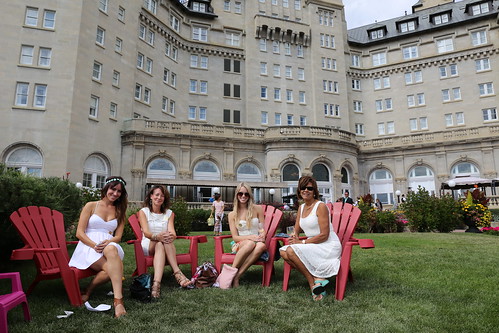 The food and drink were a definite attraction, with the chefs focusing on a fresh, seasonal menu of refreshing nibbles. 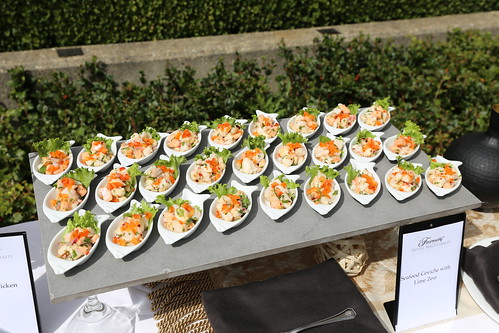 Guests enjoyed the melodies of harpist Keri Lynn Zwicker (which included dabbling in Madonna’s catalogue) and had the chance to chat with local artist Lori Frank about her Edmonton-inspired pieces. 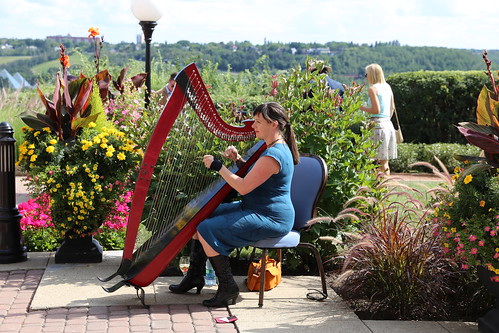 The Mac was also supportive (in spite of maintaining a pristine lawn) of the transformation of their green spaces into garden games, including lawn bowling, bocce ball and croquet. 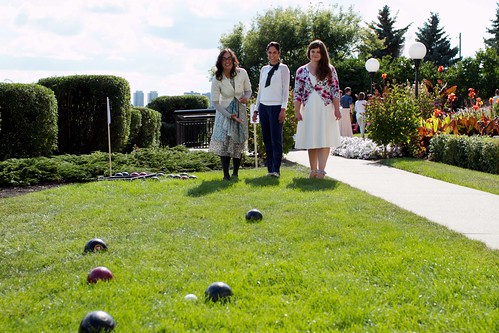 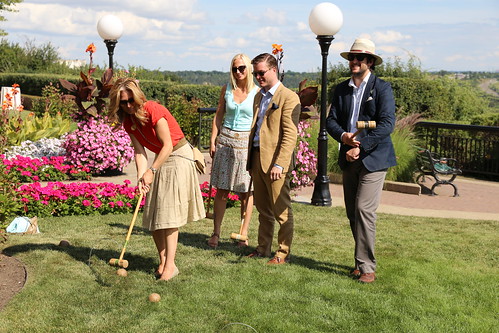 Catering Manager Larissa Gonzales led several tours of the hotel. Besides learning about some of the building’s storied history, the last two tours even manage to snag a peek into the Mac’s most expensive (and celebrity-graced) suite. 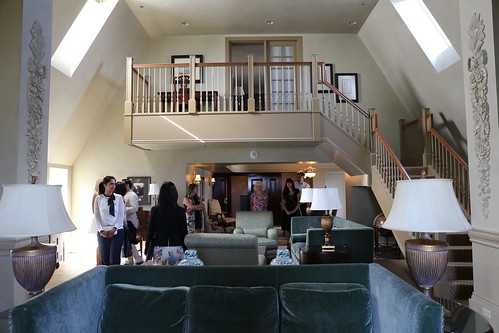 Inside the Queen Elizabeth Suite

The collaborative canvas was an experiment that went even better than expected – we invited guests to make their individual mark on what started out as a blank canvas. By the end of the event, the pastel-drawn piece resulted in a unique piece that reflected the group’s vision of Edmonton’s river valley. It was handed out as one of the door prizes at the end of the afternoon. 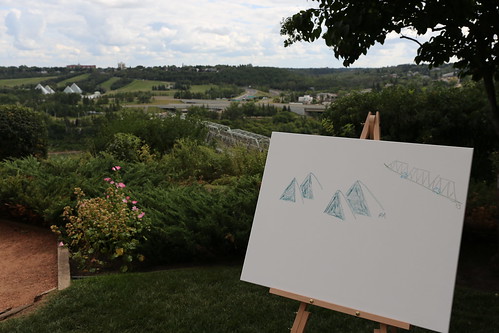 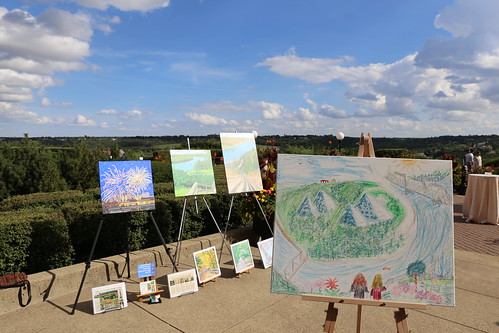 It was wonderful being able to see people make use of the terrace we ourselves have enjoyed all summer. And though the Mac is open to hosting such events again in the future, I recommend not waiting – make use of this last burst of warm weather and take advantage of one of our city’s assets. 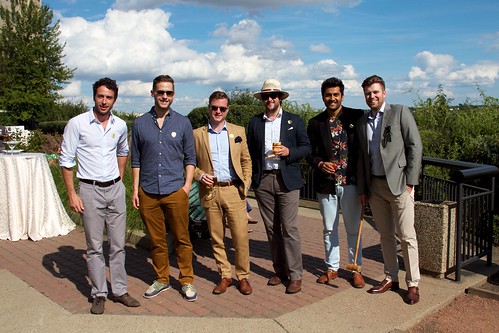 The boys were out in full force (photo by Monika Czuprynski)

Thanks to everyone who attended, and the Mac for being such a great partner. We were able to raise over $550 for the Humane Society! Last but not least – I had a blast working with Hannah, Stephanie and Mack on this event, and look forward to whatever trouble we may get ourselves into next year! 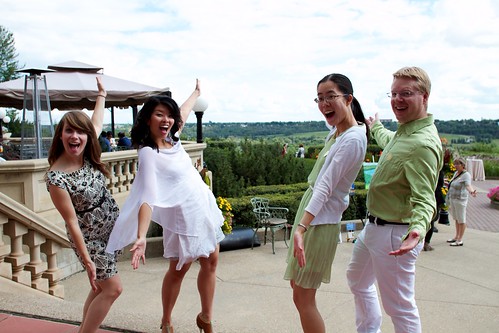 The team! (photo by Monika Czuprynski)

You can see more photos for the event here.