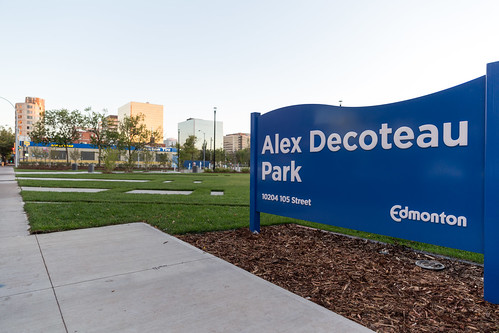 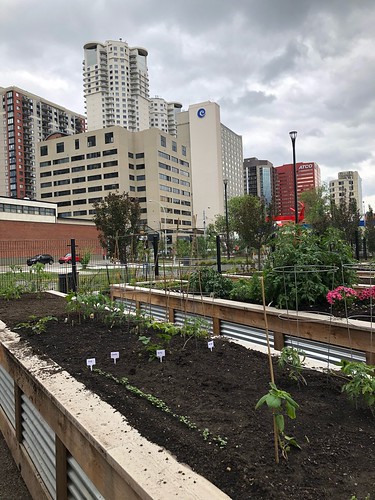 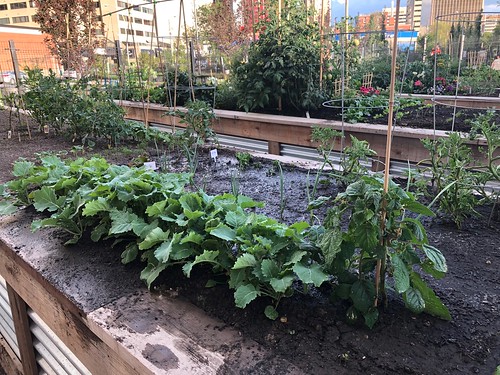 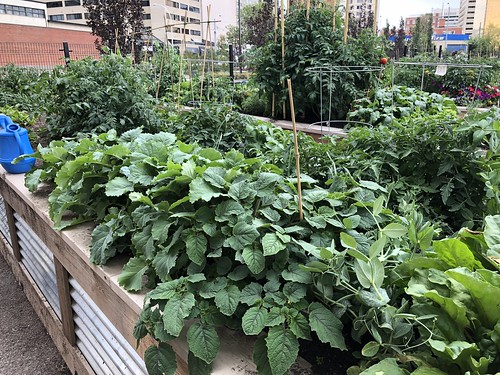 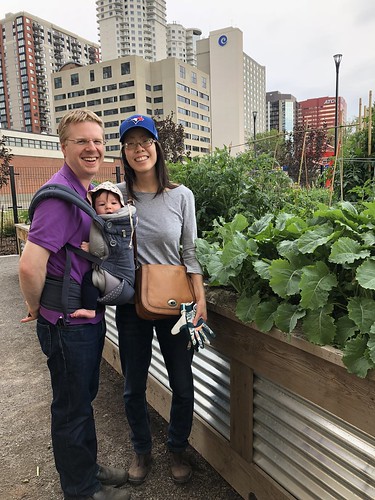 We were blessed with another beautiful market day on Saturday, which always feels fortunate the later in the year that we get. Shoppers were our enjoying the sunshine at the City Market, though I wasn’t one of them myself!

I was volunteering for Downtown Edmonton Community League’s Cornfest (more on that later), so Mack did the shopping and the picture snapping this week.

I did stop by the Fork and Spoon Brigade about halfway through my shift, to satiate myself with one of their hearty breakfast in a bowls.

Eggs, potatoes, bacon and cheese – how can one go wrong with that combination?

Over at Beaver Hills House Park on 105 Street and Jasper Avenue, my community league had organized our annual harvest tradition of Cornfest. Although this event has preceded the city-wide Community League Day, in the last few years, we now plan for it to coincide with that date.

Sobeys on 104 Street had generously donated the corn, which we cooked and handed out for free. I didn’t think to count the boxes before, but needless to say, we shucked A LOT of corn.

For whatever reason, it wasn’t as busy as last year, when we ran out of corn about an hour earlier than expected. But those who did come out seemed to enjoy themselves all the same!

There were also children’s activities, with corn husk doll-making lessons, a Downtown in Bloom awards ceremony, and opportunities for people to pick up their community league membership for 2013. But if you missed us, DECL will be at the City Market again on September 22, 2012 with a membership sales table.

Hope you enjoyed your community league activities as well!

Over 100 community leagues organized events for today, which ranged from barbecues, potlucks, carnivals, garage sales and pet pampering – I hope you had the chance to check out the activities in your neighbourhood!

DECL has offered Corn Fest for a number of years, but starting aligning the date with Community League Day last year. It serves up free corn with a side of salsa dancing.

I had taken in Corn Fest last year, but this was my first time being on the other side. Set-up went pretty smoothly, and we had plenty of time to shuck the corn before our 11am start time.

Laurissa was a shucking machine!

The weather was overcast for most of the day, cool but not cold, and all in all, a great day for a hot cob of corn. Crowds were steady, but a rush of people late in the afternoon meant we ended up running out of corn early – we ran through about 450 ears of corn!

Mack and Jon enjoy their corn

It’s amazing how transformational music is – as soon as the salsa music came on, people started wandering into Beaver Hills House Park to check out what was happening. Even when no one was utilizing the square to dance, it created a festive, warm atmosphere. The couples that did eventually descend on the dance floor were a treat to watch!

MLA Laurie Blakeman was also around today to hand out the Downtown in Bloom awards. Congrats to all of the winners!

There was a lot going on in that area today: the folks behind the Alley of Light were doing chalk art in the alley with children, and there was a performance on the corner of 105 Street and Jasper.

And of course, there was the market! Because I was busy volunteering, Mack was responsible for picking up the groceries this week, so just a few photos here and there today.

Hope you had a good Saturday as well!