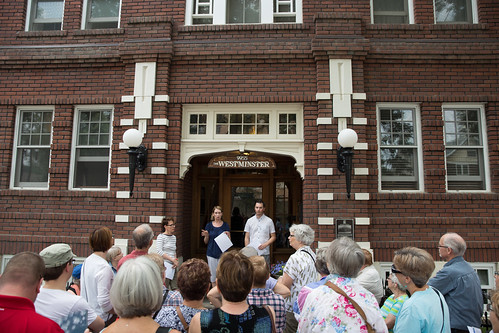 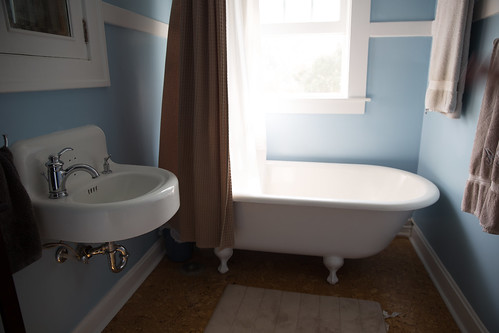 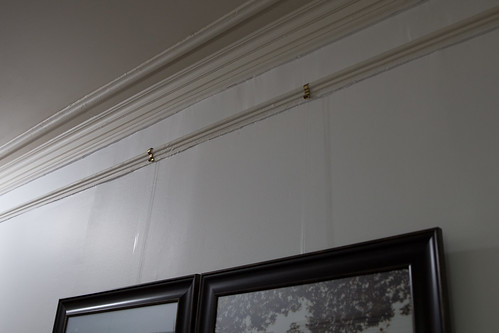 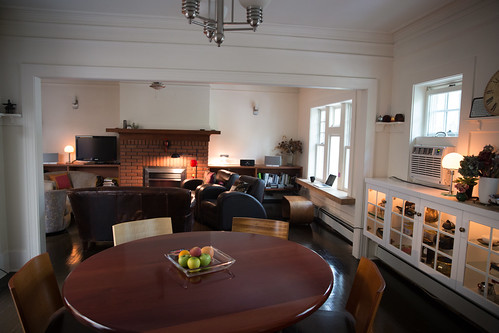 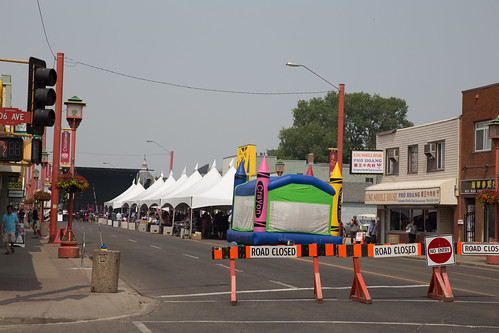 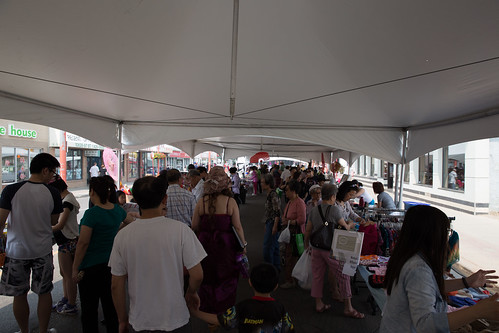 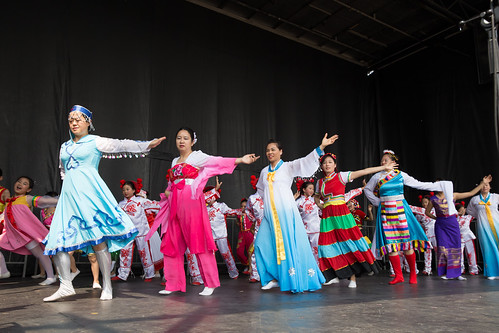 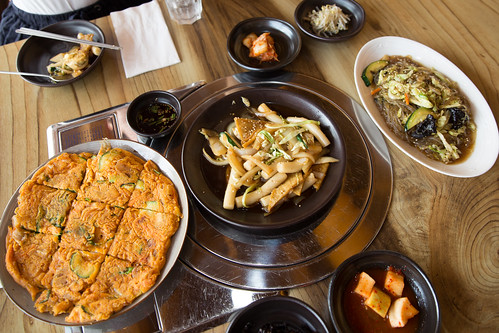 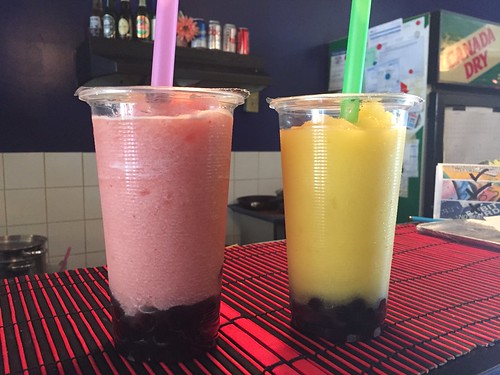 I had been looking forward to Doors Open Alberta, a summer event that celebrates the province’s architectural heritage. Edmonton’s events took place this last weekend, and Mack and I participated in two of them.

The first was a 104th Street Walking Tour, led by Jon Hall, Manager of Marketing and Communications for the Realtors Association of Edmonton (husband of Gail Hall of Seasoned Solutions). Jon provided a bit of history of Cobogo Lofts during the Market Fresh Cooking Class I attended last year, so I already knew he would make a great tour guide.

I heart the City Centre Market that spans a portion of 104th Street, so the buildings he referred to were familiar to me, but the features and detailing on the buildings were not. He provided an introduction to the area, and pointed things out that I likely would not have noticed without his enlightenment (such as – the small set of stairs just behind the front doors of the former warehouses made it more fluid height-wise to pack cargo away in freight cars or horse-drawn carriages). Even with the boon of condo conversions and construction in the area, laws passed have helped preserve the “integrity” of the street. After five stories, towers on top have to be built at least ten meters back, allowing sunlight to stream down to street level, and to ensure that the design of newly-constructed buildings are congruent with the heritage buildings in the area.

Not historic, but I learned that the penthouse suite of the Icon Tower is still available…for $1.6 million dollars

If you missed the tour, but are interested in the history of the area, this document would allow for a self-guided tour.

Second, after some dawdling at the City Centre Market, we boarded a bus at the Art Gallery of Alberta for the Capital Modern Tour.

Led by Manasc Issac architect Shafraaz Kaba, the bus tour focused on buildings in Edmonton designed in the modern-style of architecture. Born out of a reaction against the adornment of neo-classicism, modern buildings were clean and simple, or in my opinion, plain.

You can recreate the route with this PDF document, but much like the walking tour, I was able to see things in a new light under the tutelage of a knowledgeable guide. From the CN Tower, Royal Alberta Museum, Ross Sheppard High School, HUB Mall and the Paramount Theatre, I appreciated details I had previously never noticed. My favourite stops were Peter Hemingway Fitness and Leisure Centre(formerly Coronation Pool) and the Queen Elizabeth Planetarium. I had never before been to Coronation, and driving past, really had no idea that it housed a pool. The interior structure of complex cables holding up the sloped roof were really quite amazing.

The Planetarium, sadly neglected with visible stacks of boxes inside, is one of a few modern buildings on the “A” list of historic resources for the City, and yet, continues to suffer from ill-attention. The paths are apparently constructed to scale with the solar system (with the planetarium standing in for the sun), and at appropriate spaces in the footpaths, one can notice the relative distance of planets from the sun – who knew such a cool resource existed in Edmonton?

In front of the Planetarium

The tour was a great way to learn more about Edmonton – the seemingly handful of architects that impacted the modern landscape of the city, some of the architectural achievements and international recognition attained by local architects, and really, drawing my attention to structures that I wouldn’t have cast a second glance at.