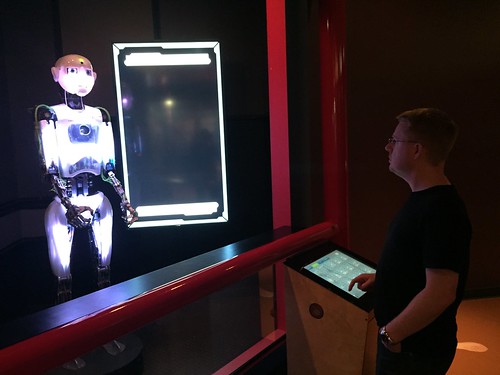 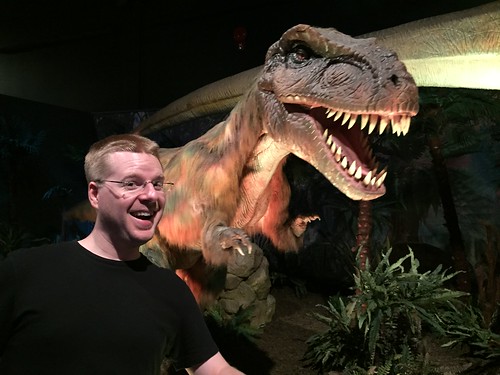 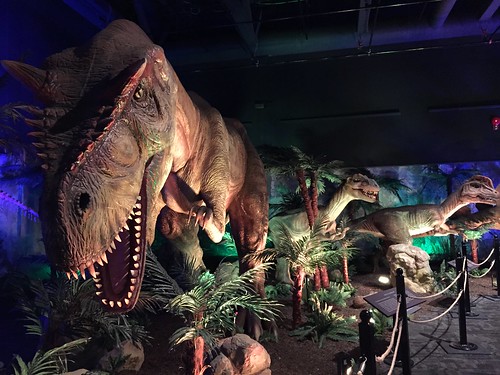 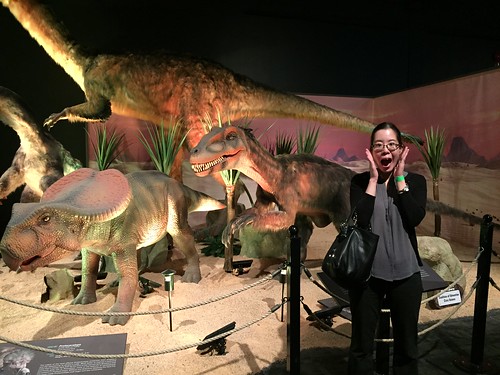 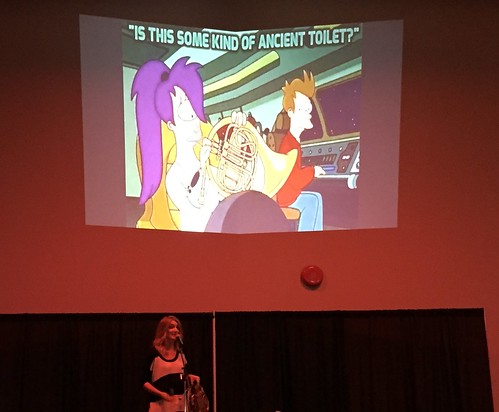 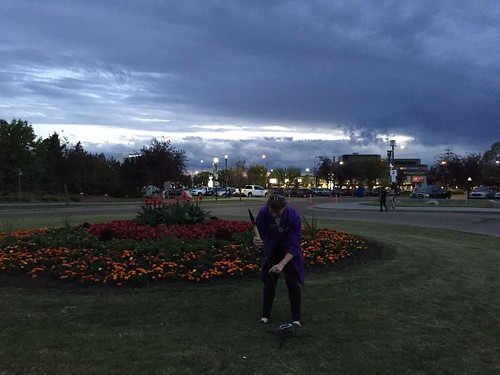 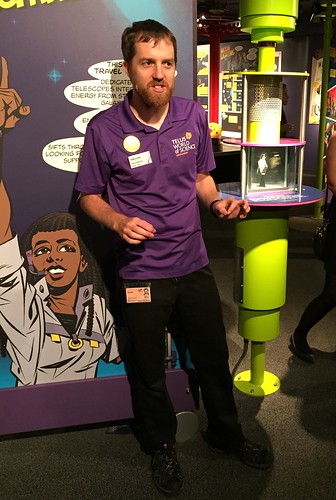 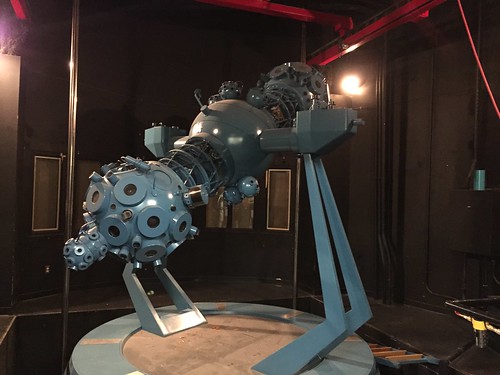 Ever since the success of the Art Gallery of Alberta’s Refinery series, other cultural and learning institutions have jumped on the bandwagon to replicate their success of drawing young professionals into their folds. The Royal Alberta Museum has started their semi-regular Museum After Dark events, while the Telus World of Science organizes bi-monthly Dark Matters evenings. 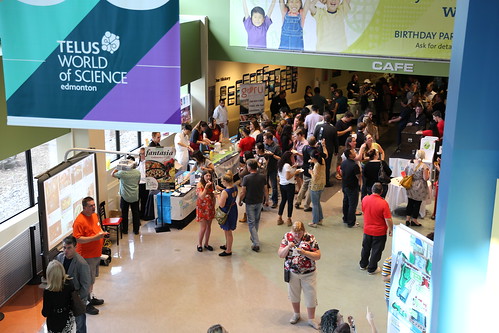 Yelp partnered with TWOS for their most recent Dark Matters event in order to throw Yelp’s Ultimate Science Party. It was a night to appreciate the Yelp community by merging food and drink with opportunities for adults to indulge in their childish wonder.

The Telus World of Science staff were great, patiently explaining how their stations worked and the science behind them. I made my hair stand on end, while Mack took part in a flaming karaoke device. 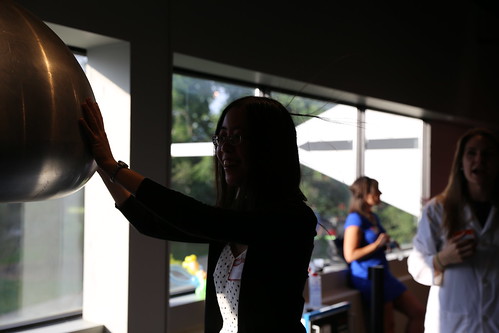 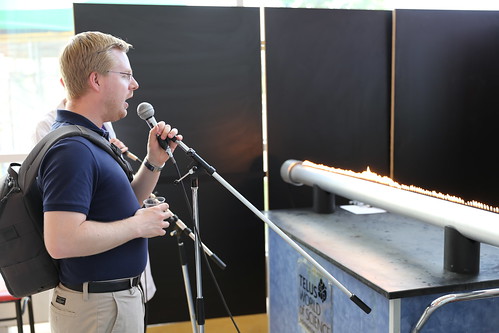 A ton of people also took the “hovercrafts” for a ride – leaf blowers attached to perforated boards to be maneuvered with sticks. Not exactly what I pictured from Back to the Future, but close enough. 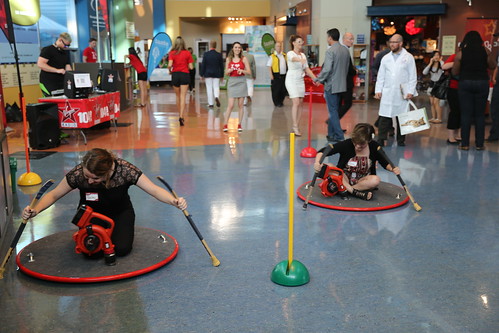 Yelp had also organized a variety of pampering stations so guests could have their hair and nails done as well. A more popular unisex vendor involved balloon animals, which, according to those who lined up, could have also taken on a more naughty slant. 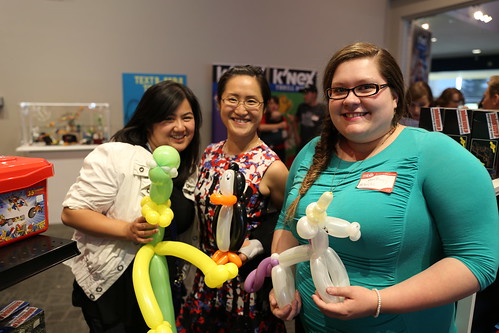 Diane, Teresa and Brittney and their balloon masterpieces

Of course, a big draw that night for everyone was the food! Tasting stations were set up throughout the building, and stumbling upon them was almost half the fun. 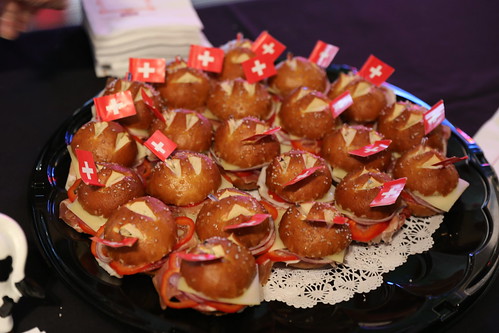 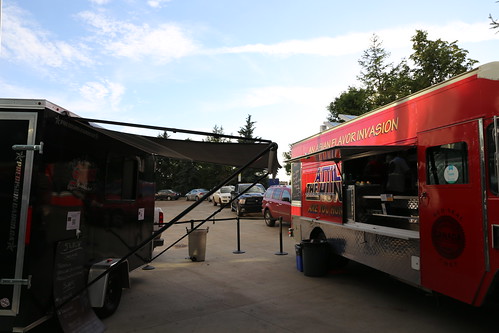 Taste of Edmonton, to help promote their upcoming 30th anniversary year (the festival starts July 17, and runs until July 26, 2014), had organized several of their restaurant vendors to offer a sampling of what to expect at the festival. 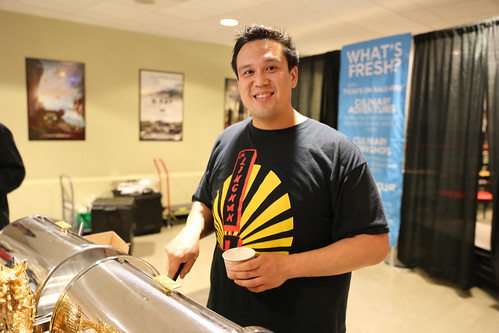 Miles from The Lingnan dishes up kung pao chicken

The green onion cake from Hong Kong Bakery was irresistible, but the real surprise for me was the cheese fondue in a bread cup from The Melting Pot. It’s hard to mess up melted cheese on bread, but boy, was it delicious. 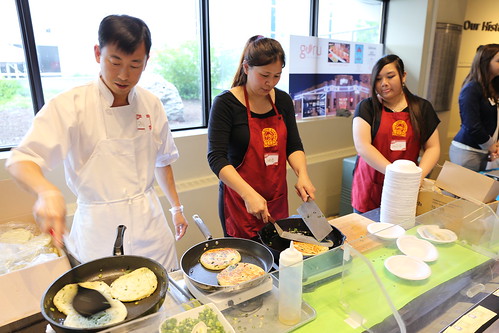 This was my first Yelp event in some time, and I was quite impressed with how many local businesses were a part of it! And though it was not a typical Dark Matters evening, I could see how the adult-only concept is a great program addition for the Telus World of Science. Mark your calendar for their next Dark Matters, a “Cowboys and Aliens”-themed event on August 28, 2014.

Thanks to Jennie and Yelp for a fun night!